It is undeniable that quite a few semi-trucks or RVs have been driven on the road for days or even weeks without AC power supply after being disconnected from the mains supply. The crazy thing is that electronic devices like cell phones, cameras, headphones, razors, etc. will be completely dead. Of course, some people are willing to install more household appliances such as microwave ovens, air conditioners, TVs, fans, kettles, etc. in their cars.

That is why dc to ac power inverters are found in most truck and RV to keep your devices charged. Inverters use a dc power supply from a 12v/24v/48v/60v/72v car/solar batteries and converter the current into a 110v/220v ac power supply. 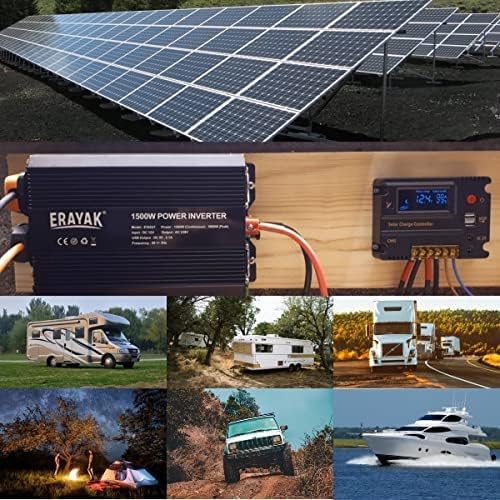 How does inverter work?

AC changes its polarity 60 times per second (aka HZ) sending power through a circuit in one direction and back in the other direction, so it can maintain a high output of 120 volts. Direct current is very, he sends power only in one direction, which of course is ideal for low voltage output. Due to the inflexibility of current, direct current does not work well at the higher voltages required by common electrical systems in the United States, Europe and most of the world. The inverter connects 12v/24v DC power and uses a step-up transformer to boost the output voltage, and finally outputs 110v/220v high voltage AC to run your device properly.